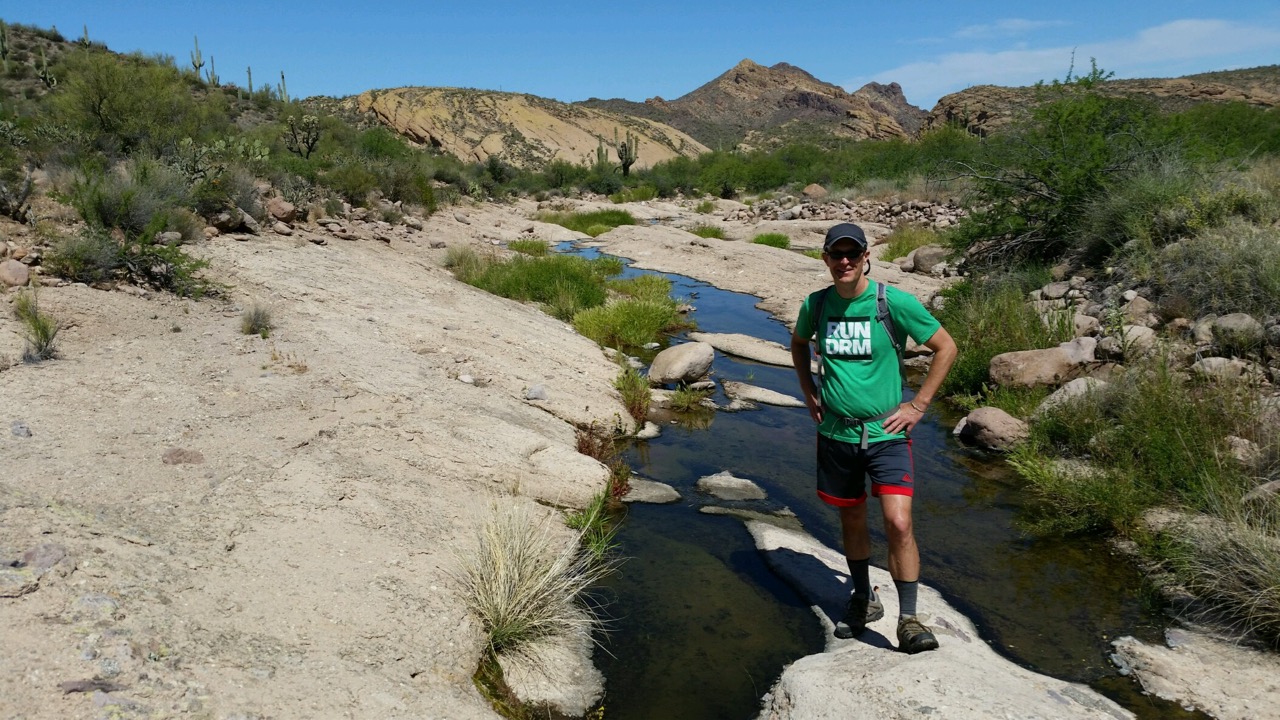 In April, my uncle, Larry Zuiker, took me hiking near Mesa, Arizona.

Larry is a serious hiker. He formed a group 20 years ago, called AZHIKRS, and he wrote a book about his favorite hikes in the Southeast. The day I visited him, he drove us into the Superstition Wilderness Area, readied his hiking poles and turned on his GPS unit, and led us along a stony riverbed and onto the Black Mesa Trail. The expansive desert was breathtaking, and we stopped often just to look around and see the contours of the hills. Larry had baked bread the day before, so we had hearty PB&J sandwiches when we stopped for lunch in a cool, shaded canyon. I wanted to see a rattlesnake, but none were out. The plentiful cactus, and the vistas, and the conversation along the six-mile hike made for a perfect day.

Next month, I will hike in the Parc National des Calanques along the Mediterranean near Marseilles, France. I may even wear the AZHIKRS shirt my generous uncle sent me.