Chai and my matai mortar 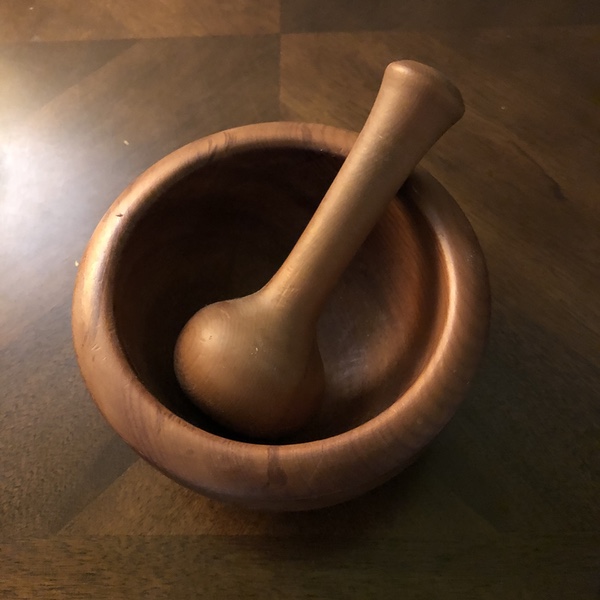 Mortar and pestle from New Zealand

I stopped drinking coffee in early August, and started drinking tea again, though some days I get to early afternoon and realize I have had no caffeine, and what I really need is a cup of cold water.

At home at night I’m back to making masala chai, following the recipe I read long ago in Saveur Magazine. To smash the cinnamon and cloves and cardamom and peppercorn, I use the mortar and pestle, made of matai wood, that I bought in New Zealand when Erin and I vacationed there in 1999. (That was during our Peace Corps service in the Republic of Vanuatu.)

I miss drinking good coffee. I stopped drinking it to save money and to change up my daily routine—not visiting Gray Squirrel every morning gets me to work earlier, and home earlier, and into my running shoes earlier—but I imagine I’ll come to a day when I realize the trusty mortar and pestle will still be here if I give chai a rest.